In 1924, in the shadow of Our Lady of the Rosary Church in the Fox Point section of Providence, Mariano Rebello and his son, John E. Rebello founded the Rebello Funeral Home. 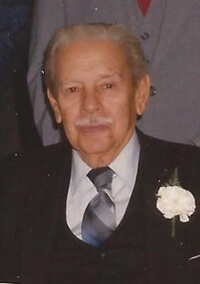 Although Mariano remained active until his death in 1945, his only son John E. Rebello began to manage John-E.-Rebello.jpghis family’s business in 1927. “Johnny” Rebello, as he was affectionately referred to, was a man of compassion and integrity. In the growing Portuguese immigrant community that was and would be served by the Rebello family, he was without doubt it’s most respected and leading citizen. A father like figure, he counseled and provided advice, support and encouragement to countless young people entering pursuit of business, education and public service.

In 1937 the Rebello’s moved their funeral home from its original storefront location to a more spacious location on George M. Cohan Boulevard in Fox Point. While in its beginning, Rebello Funeral Home was considered to be the funeral service for people of Portuguese decent, it now serves the entire community and is utilized by families from many diverse and ethnic backgrounds.

A man of vision…

Despite his success in the Fox Point area, John E. Rebello, a man of great vision and perception, sensed the migration of the Fox Pointers over the George Washington Bridge into the flourishing Town of East Providence. Mr. Rebello built a new funeral home in 1949, at 901 Broadway. His new East Providence facility was one of the first buildings specifically designed and built exclusively as a funeral home in the New England area.

A son joins his father in service… 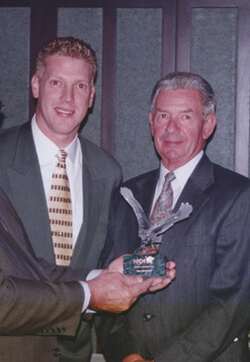 In 1960 John E. “Jack” Rebello Jr., gradually began to shoulder the burden of his family’s ever growing business. He and his father worked tirelessly together until the death of John E. Rebello in January of 1990. Throughout Jack’s leadership the Rebello Funeral Home earned the sterling reputation for compassionate and superior service that continues to this day.

During the 1980’s, Jack’s sons earned their degree’s in Funeral Service and became Licensed Funeral Directors. John E. Rebello III joined his family in 1984 and his younger brother Paul M. Rebello joined the family in 1987. John and Paul’s sister, Lisa Rebello Poirier, was already carrying out the countless administrative details for her family’s funeral home. With their grandfather and father’s support and guidance, the Rebello family’s fourth generation, along with a dedicated professional staff, began to oversee the caring and compassionate tradition of providing funeral services to the community.

In 1989, in order to meet the changing times and preferences, the Rebello’s established the East Bay Crematory. Their crematory would be located within their funeral home to ensure that families choosing cremation could be reassured their loved one would always be cared for by the same staff they have trusted for generations.

The decade of the nineties brought about many changes and challenges. Despite the death of John E. Rebello Sr. (January, 1990) and Paul M. Rebello (May, 1996) and Jack’s retirement from daily funeral responsibilities, the Rebello Funeral Home tradition proudly and humbly continues to flourish. John E. Rebello III now carries his family’s banner high while he has taken on the full administrative responsibilities of his family’s funeral home.