Share a memory
Obituary & Services
Tribute Wall
Read more about the life story of Maria and share your memory.

She was the wife of the late Manuel Tavares Silva (decd.1955) of São Miguel, Azores and the late Walter Vincent (decd. 1992) of East Providence, RI.

She was the mother of the late Maria Manuela Silva Cesar(decd.1983) and stepmother to Walter’s daughter Laurie Ann Vincent Farias.

Born on June 30, 1924, in Atalhada, São Miguel, Azores, she was the daughter of the late João Augusto de Almeida and Maria Isabel de Medeiros (Pires) Almeida.

Maria and her daughter moved to the United States  in 1969 to join her brother and sisters in East Providence, RI. She married Walter a few years later and the Vincent, Almeida, Chaves, and Alecrim families would spend countless Sundays at Seapowet Marsh in Tiverton, RI.

The memories of those Sundays would be comforting in later years.

She enjoyed gardening, sewing, and traveling. She traveled to Italy, Portugal, and Israel. She visited her hometown of Atalhada numerous times with her niece Coralia, and the two would relive the joys of childhood memories.

She is survived by Laurie Ann Vincent Farias and her husband Domingos of Pittsburgh, Pa.

She was the grandmother of Nicole, Barry, Wendy, and Brandon Farias.

Maria was the great grandmother of Madison, Johnny, and Isabella.

Her funeral will be held Thursday January 26,2023, at 8:30am from the REBELLO FUNERAL HOME, 901 Broadway, East Providence, followed by a Mass of Christian Burial at 10:00am in Our Lady of the Rosary Church, 21 Traverse Street, Providence.

Relatives and friends are invited to attend. Calling hours are Wednesday from 4:00pm-6:00pm at the funeral home.

Donations in memory of Maria Manuela Silva Cesar may be made to the Neurofibromatosis Network, 9 Bedford Street, Burlington MA.,01803.

To send flowers to the family or plant a tree in memory of Maria L (Almeida) Vincent, please visit our floral store. 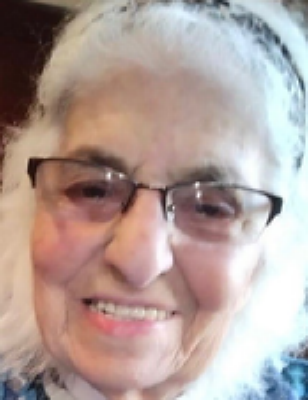