Share a memory
Obituary & Services
Tribute Wall
Read more about the life story of Jose and share your memory.

Jose is survived by his wife of 43 years, Margarida M. (Reis) Medeiros, and his two children, Lizett Medeiros Quin of Rehoboth, MA and Michael Joseph Medeiros and his fiancé Adriana Maurano of Johnston.  His greatest joy was being a grandfather to Alexander, Andrew, and Ryan. He was the brother of Maria Dias and her husband Eduardo of East Providence, John Medeiros of East Providence, and Antero Medeiros of Georgia.  He is predeceased by his brother-in-law Jose D. Reis of Attleboro, his “right-hand man” Tony Camara of East Providence, 28 nieces and nephews and a large extended family in Portugal.

Born in Capelas, Sao Miguel, Acores he was the son of the late Joao and Fernanda  Medeiros.  He immigrated to the United States in 1974 where he fulfilled his American Dream and was the proud owner of Forever Green Landscaping for over 45 years. As Rhode Island Hospital’s first living-related transplant recipient in 1997, he was internally grateful to his brother John, for without his selflessness and kidney he wouldn’t have experienced many family milestones.

Mr. Medeiros was a devoted catholic and parishioner of St. Francis Xavier Church, where he took pride in maintaining the exterior grounds.  An avid and passionate Benfica soccer fan, he enjoyed watching soccer every chance he had.  He enjoyed traveling, going on adventures, reading, a nice meal, his espresso com cheirinho, beautifully landscaped yards, and telling stories of his childhood.  Joe will be remembered for his strong work ethic, kindness, forgiving nature, and his spirit of generosity as he was wholeheartedly there for those in his life. His happiest days were having his family gathered at his home.  He will be deeply missed by his wife, children, and grandchildren whom he was very proud of.

His funeral will be held Wednesday, November 30, 2022 at 8:30am from the REBELLO FUNERAL HOME, 901 Broadway, East Providence, followed by a Mass of Christian Burial at 10:00am in St. Francis Xavier Church, 81 North Carpenter Street, East Providence.  Burial will follow in Gate of Heaven Cemetery, 550 Wampanoag Trail, East Providence.

To send flowers to the family or plant a tree in memory of Jose M Medeiros, please visit our floral store. 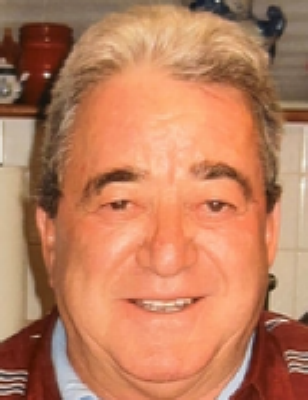