Share a memory
Obituary & Services
Tribute Wall
Read more about the life story of Fernando and share your memory.

Pawtucket – Fernando “Freddy” da Costa 85, of Pawtucket, passed away peacefully on Friday, November 25, 2022, at home surrounded by his loving family.

Freddy was the husband of Rosa M. (Tenreiro) da Costa, they have been married for over 57 years.

He was born in Vila Nova De Tazem , Portugal, the son of the late Jose and Maria do Ceu (Andrade) da Costa.

Freddy was a concrete construction laborer for the H.M. Soule & Company and J.L. Marshall & Sons for over 45 years.

He was a Veteran of the US Army, serving in the Chemical Warfare Division, before being honorably discharged in 1967.

He was a member of the Laborers International Local Union 271. Freddy was a member of St. Anthony’s Holy Name Society, The Clube Social Portuguese, União Portuguesa Benefiçente, The Amigos de Cavaqueiros, and Seven Castles Club of the Blackstone Valley.

He was also one of the founders of the Portuguese American Citizens Committee.

Besides his wife, he is survived by his daughter, Diane DeBlois and her husband William DeBlois of Cumberland, and his son George Da Costa of Pawtucket.

Fred was the grandfather of two loving grandchildren, Katie and Michael DeBlois of Cumberland.

He is also survived by his brothers, Joseph DaCosta of Lincoln and Edward Costa of Pawtucket, and many nieces and nephews.

He was the brother of the late Merc da Costa and the late Antonio da Costa.

Relatives and friends are invited to attend the Mass of Christian Burial on Thursday, December 1, 2022, at 10:00 am at St. John Paul II Parish, 755 Central Ave, Pawtucket, RI.

To send flowers to the family or plant a tree in memory of Fernando da Costa, please visit our floral store. 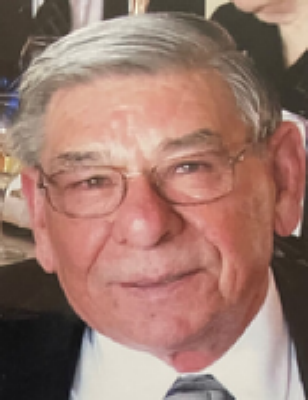