Share a memory
Obituary & Services
Tribute Wall
Read more about the life story of Douglas and share your memory.

Douglas (Doug) Mayhew Sawyer Jr., age 60, of Seekonk MA passed away peacefully at home, surrounded by his family, after a long, courageous battle with ALS.

Born on April 17th,1962 in Stoughton, MA, Doug moved with his parents and sister Debby to San Diego, CA at the age of 2. He grew up there, living a life filled with good times with his family and neighborhood friends, the Ojedas. Doug was a natural at sports which was not surprising since his mom Fran was the recipient of numerous athletic awards and accolades in her younger years. He enjoyed playing football, soccer, and martial arts often having his father, Doug Sr., alongside as his coach. California sunshine was the backdrop for pool time, deep sea fishing, tacos from Jack-In-The-Box, dirt biking in the canyons and many family adventures including trips to Disneyland, the San Diego Zoo, and Sequoia National Park. Doug and his family later returned to the east coast where he continued his passion for sports by joining the football and wrestling teams at North Attleboro High School.

Doug loved to learn and earned several degrees including a BS in Engineering from Southeastern Massachusetts University, a master’s in electrical engineering from Northeastern, as well as an MBA from Babson College. He had a successful career working at various companies and startups where he worked on government contracts, audio-video design, developing sleep apnea detection technology and designing pool filtration systems. His job at GTE took him and his wife Debbie to Germany in 1988 for 2 ½ years where they traveled extensively, skied, and volksmarched all over Germany. Despite the many challenges Doug faced with ALS he continued to work from home for Hayward Industries right up until the summer of 2022. In keeping with his love of academia and desire to be part of a solution he participated in an ALS brain interface research project conducted by a team from the University of Rhode Island.

Doug will be remembered for his strength, can-do attitude and his remarkable, shall we say unique, sense of humor. He loved a good time, a practical joke, spending time in Maine fishing and boating on Lake Wesserunsett. He was a problem solver, always using that engineering mind. He loved his sports, traveling to Gillette Stadium many times to see the Patriots and New England Revolution. He loved the outdoors and enjoyed many trips and adventures with his family and friends; caving in Belize, exploring Yellowstone National Park, getting soaked in his wheelchair at Niagara Falls, hiking in the White Mountains, beaching, biking, and boating on the Cape.

Doug’s greatest joy was being a dad and he was a wonderful one, imparting knowledge, humor, many life-skills, and lots of love to his sons. He enjoyed coaching them in their various sports, present for every game and practice. He taught them how to have fun with some rip-roaring tube rides around the lake, building forts, treehouses, volcanos, helping to create habitats for the many frogs, turtles, fish, that they brought home. How to build, repair, reconfigure, tweak and improvise.  How to handle adversity with strength and courage will be one of his greatest gifts as a father.

Doug will be forever held close by a loving family in his wife Debbie and their cherished sons Alex and Ben, his sister Debra (Sawyer) Ojeda of San Diego and many other treasured friends, family members, co-workers, devoted caregivers, and his cat Junior Mint. He was the beloved son of the late Douglas Mayhew Sawyer Sr. and Frances (Magee) Sawyer.

Arrangements by the REBELLO FUNERAL HOME.

To send flowers to the family or plant a tree in memory of Douglas Mayhew Sawyer, please visit our floral store. 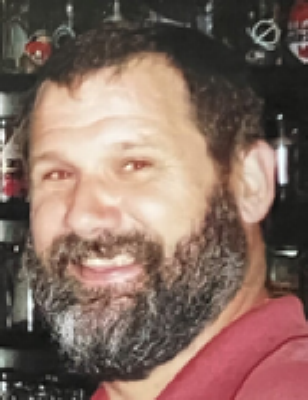 Family and friends are coming together online to create a special keepsake. Every memory left on the online obituary will be automatically included in the book.

You can still show your support by sending flowers directly to the family, or by planting a memorial tree in the memory of Douglas Mayhew Sawyer
SHARE OBITUARY
© 2023 Rebello Funeral Home & Cremation. All Rights Reserved. Funeral Home website by CFS & TA | Terms of Use | Privacy Policy | Accessibility